If you don’t know who Catherine Schaible is, then please click on her picture below, and take your pick of the various news stories and blog posts in the search results.

The executive summary is that Ms Schaible’s son died aged two, and she was convicted of involuntary manslaughter.  (Allegedly, her son died because Ms Schaible hadn’t called a doctor when her son fell ill.)  She was sentenced to ten years probation.  Recently, another of her five children, who was only eight months old, hardly what you’d call a “person” yet, also fell ill and died.  Again, she hadn’t called the doctor.  Again, she found herself in trouble with the law, in the fascist, theocratic state Pennsylvania.

A lot of bigoted fanatics have been saying unkind things about Ms Schaible online and in the media.  I have been posting comments like the following on some of the websites that contain such criticism of her, criticism that is often very strongly worded, for example even calling this innocent woman a “murderer”, would you believe? 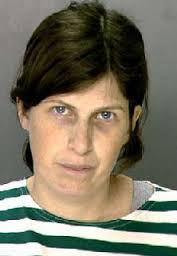 It is nobody’s business but Catherine Schaible’s what she did with her OWN BABY.  It is was her RIGHT, as a woman with inalienable reproductive rights, to CHOOSE whether or not to call the doctor when her baby was taken ill.  All you fanatical zealots who want to force your beliefs in medical science down the throats of non-believers like Ms Schaible, need to learn to keep your noses out of other people’s bedrooms and family business.

This woman obviously didn’t want to keep her baby (at least, not enough to save its life by calling the doctor.)   That’s not a decision any woman takes lightly.  She should not be vilified and treated like a criminal, merely for exercising her constitutional rights in this way.   She is not just a brood mare for the state of Pennsylvania!

The Supreme Court of the United States has ruled that the government has NO RIGHT to interfere in a woman’s private relationship with her physician.  It is just as unconstitutional to persecute Catherine Schaible for failing to call the doctor so that her unwanted baby would die, as it would be to interfere in that relationship if she had needed her doctor’s help to get rid of her unwanted baby.

What sort of life would the baby have had anyway, with a mother who wished it dead?  Ms Schaible is right.   The baby is better off dead.  Leave Ms Schaible alone, all you misogynistic men.  You mere men can’t give birth, so this has nothing to do with you, even though, admittedly, both of Ms Scaible’s dead children happen to have been male.

Clearly, Ms Schaible should have had somebody as clever as me as her defence lawyer, don’t you think?

One response to “Catherine Schaible’s right to choose”