Guest post by “Gagged Dad”, whose real name must be kept secret, to protect the privacy of a minor 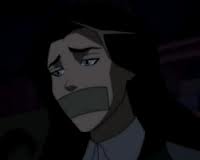 When the police at last cleared me of the false allegation that I had hit my two year-old son, I expected to be allowed to see him again straight away.  I had been a part of his life since birth. I had been seeing him three times a week until almost two months ago, when all contact was abruptly stopped.  I miss him, and he must be missing me.

The social worker said that the alleged assault, for which I had documentary proof of an alibi that would have proved my innocence if the police prosecuted me, wasn’t an “insurmountable” problem.  But she had developed other “concerns”, about (if I remember the phrase correctly) my “parenting style”, because of my “beliefs”.  (She had presumably found out that I used to take my son to church every Sunday. He loved it.)

I asked her to explain. What beliefs?

She responded by asking me a weird question.  What if, when my my son was 14, he told me that he was “gay” and that he had a “boyfriend” and I was “violently opposed” to this?  She wanted to know what I would do, in this hypothetical situation.  How would I react to this announcement?   Presumably she anticipated that I would react “violently”, judging by the way she had worded her hypothetical question.  I reminded her that my son was only two.

She then asked me how I would react if one of my grown-up daughters one day told me that she had had an abortion.

I later learnt that social services had decided not to “promote contact.”  I missed his third birthday.  I don’t know whether I will ever see my little boy again.  If he can no longer have contact with me, who will take him to visit his three sisters and brother, or his aunts and uncles, or his nephews and nieces who are closer to his own age?  Who will take him to church?