What happened in court the day of Alfie’s funeral? 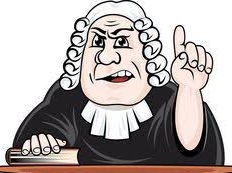 This morning I received the transcript of the hearing that took place on 14th May.  The hearing occurred because neither the coroner nor the Christian Legal Centre had told me whether  Alfie’s parents were intending to cremate his body after the funeral that day, or to bury Alfie.

I am publishing both the transcript and also (for the first time) the application that I made that day, including supporting evidence.

I am still waiting for the approved transcript of the judgement.  (That’s going to be really interesting.)  If you follow this blog, you’ll receive an email telling you when that is available to read.

An interesting coincidence is that the judge who heard the application had written a book about coroners’ inquests. He seemed somewhat vexed with me at the end, when I asked for a transcript of his judgment.

I regret any distress caused to Alfie’s family or members of the public by my action in attending court on the day of Alfie’s funeral.  If I had known that Alfie was going to be buried rather than cremated, I would not have bothered to go to court that day.  Primarily I wanted to prevent the destruction of evidence, by cremation.  It isn’t my fault, or that of Tom and Kate, that the public was kept in the dark.  If either the coroner or The Christian Legal Centre had told me that Alfie was to be buried rather than cremated, I could have saved myself a trip to London.

I do not know why The Christian Legal Centre was (and remains) uncommunicative, not only with me, but also (I have recently learned from a member of Alfie’s family) with its own clients.  I now realise that Tom and Kate were never informed of my considerable correspondence with The Christian Legal Centre.  I might as well have been been putting messages in bottles and throwing them into the sea, as expecting to write successfully to Tom and Kate via the law firm that still says on its website that Tom and Kate are its clients.

It was in the coroner’s interests to cause unnecessary friction between myself and Tom and Kate, by provoking this unnecessary court hearing on the day of Alfie’s funeral.  My now up-and-running  judicial review claim against the coroner challenging his refusal to conduct an investigation into Alfie’s death would be stronger if Tom and Kate supported it, as they now have the opportunity to do.  They would not have had the opportunity to challenge the coroner’s decision if I had not acted without their permission before the three-month time limit ran out.

6 responses to “What happened in court the day of Alfie’s funeral?”